On the surface, and after being in Manila, a visit to Tayabasan makes life seem simple there. Most of the livelihoods of the people there come from subsistence rice farming. We were there to investigate some of the livelihood activities in the context of an effort to reforest the heavily deforested watershed.  Estimates in the past have found that 2,500 hectares of forest remains in the 7,000 hectare watershed. The quality and quantity of forest cover in the upper watershed is directly connected to the incidence of catastrophic flooding downstream in Metro Manila.

Every person in Manila has a vested interest in the reforestation of the Marikina watershed. The livelihood activities of the local people have shifted in recent years away from a dependence on local forest products. There is less and less from the forest that a person can use to survive with every year. People have had to learn other skills such as farming in order to have enough to survive there.

It soon became clear that the interactions between the people there, the land there, and the people in the lowlands are in actuality incredibly complex. There is undoubtedly a yawning chasm lying between the daily life of someone living in the Tayabasan headwaters, and someone living in Manila. Most Filipinos who have left a subsistence lifestyle in the outer provinces to come to Manila for a better life will tell you that in-fact their lives are easier and better in or near the city. There is certainly more opportunity to make money in urban areas.

We walked about 2 hours on a steep and muddy trail to reach the settlement. We also had to cross 3 rivers that had no bridges, and are most likely impassable during floods. We had to use 2 guides/porters for our goods, which included a guitar and 3 days worth of food. They were wearing flip-flops of course.

When I asked people about the recent history of the Dumagat community there, they said that the number of families living in the community has decreased by about half in the last 20 years. The current population seems to be somewhere between 30 and 50 families, but because people are spread out and not always at their homes, it is really difficult to get an accurate measurement of the population there. We also asked about how many of the people speak the Dumagat language. Only a few of the older men raised their hands. I wasn’t able to ask any of the older women about this. I asked them to tell me a few words in the language. I don’t remember what they were, but the phrases sounded nothing like Tagalog. I’m not exactly sure, but I think Tagalog originates from the Malay family of languages, while Dumagat comes more from Austronesian. Please correct me if I’m wrong. I’ve seen estimates that there are only a few thousand people that can speak Dumagat, most of them in the Sierra Madre of Luzon. None of the younger people see much value in learning to speak Dumagat, and everyone speaks Tagalog in the community. Most of their ancestry is now mixed through marriages to other Filipinos with mixed Asian and European ancestry.

We were there to focus on what people were doing for livelihood. It is really the key to see how we can best ensure the long-term reforestation of the area. We wanted to see if the people were invested in forest products for their livelihoods. Here’s some of the anecdotal data from our investigation:

One of challenges of living in this place that an outsider would likely overlook is the steep terrain. Coming from flat land, there were things that I just never would have considered to be difficult until I got to the mountains. Of course, after you walk around, you get tired because you are walking up a hill, but I think the best example was when we wanted to catch a chicken to eat.  I’ve caught free running chickens before on flat terrain just by running after them. Eventually they get tired and you can catch them, especially if you have a dog to help you.

Here, it is pretty much impossible because you can’t run around on a 40% slope for very long. A chicken, though, has no problem. Southeast Asia is after all, the natural range of the Red Junglefowl (Gallus gallus), the wild bird species from which the chicken was domesticated. Chickens can fly away very easily, especially if there are trees around. We had to devise a way to catch it. We were going to use a pellet gun, but someone else was out hunting with it that day. So we tried to make a slipknot loop and lay it on the ground. We tied it to a stick and kept throwing rice into the center of the loop. The idea was to pull on the string when the chicken unwittingly stepped in the center of the loop, closing the loop around it. So we kept throwing rice, and the chickens kept pecking and pecking, but the one we wanted to catch never stepped into the loop. Eventually we gave up because we were wasting so much rice. The chickens had won. Their crops were full. A few hours later, some guys brought the chicken up the hill. I never found out how they caught it.

As much as I loved going to this settlement in Tayabasan for a few days, I really struggle with whether I can be of real benefit to them by being there. I struggle whether it is right for me to be there at all. They accepted me as a foreigner of northern European ancestry. I am American, and I’m not sure if they can understand my identity as an American rather than a European. I don’t know how to speak their language, and I need an interpreter. I don’t live with them, I didn’t come to give them money, and I’m not really required to invest in them in any way by going there. The reality is that most people that look like me that people like them have encountered in the past have harmed them directly or indirectly. That is the legacy of colonialism. I don’t know if I am harming them when I go there. Even though they accept me and I am there to try to help them, it doesn’t mean that I’m not hurting them.

The reality is that most foreigners that might go there in the future are likely to harm them directly or indirectly, not help them, as good as their intentions might be. That is why their lives are much more complex than we might see at first glance. 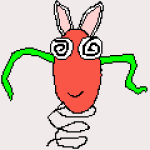 environment
Youth Power! Youth leaders from Region 10 were treated to a camp where they learned more about environmental protection and rehabilitation — plus, the...
environment
Last night’s new year’s celebration was a great one. It was not as “smoke-y” as I projected (which is good), the people probably either...

environment
I have been meaning to post about this topic for a few months now. It is so interesting, but I have really struggled to...