The Biak-na-Bato National Park in San Miguel, Bulacan is listed as among the Protected Areas in Region 3. The park covers about 2,100 hectares, which could easily be traversed, thanks to the trails along the river that would lead trekkers to caves and secret passages.

There’s so much to appreciate here. For someone who enjoys seeing a lot of greens and having quiet time, Biak-na-Bato is one of the nearest nature stops people from Metro Manila could set foot on.

First went there about ten years ago, as part of a field trip for an Environmental Education class I took at the Environmental Studies Institute. Back then, I remember the place was quiet, and you had to go through a “rope” bridge to get to the other side of the park (where we had to register, and where we also met this organization that handled livelihood projects for the community). That was so many years ago, in fact, a long time back that an assisted living software from eldermark has already been developed — what I’m saying is that the world has changed so much… and fast.

We went there again last March and so much has changed. It was weird seeing the river now ‘dryer’ than it was (and I remember we went there summer time too); it was shocking to see writings on the wall (I’m sure Andres Bonifacio and the katipuneros didnt write those); and oh, there were too many kids following ‘trekkers’ offering their services as (obviously unofficial) ‘tour guides’. I felt trapped between wanting to ‘help’ the kids, but then again,  if we ‘help’ them, they’d just keep doing it (which will not really do them any good).

Anyway, we took a San Miguel bus at the SM North Terminal in Quezon City, asked the conductor to drop us off at the Park Entrance, but got dropped at this tricycle station to the Park instead. It was, however, a long road to Biak-na-Bato, and if my memory serves me right, it took us about 30 minutes to get there, and about over a hundred pesos more for the fare.

Entrance is cheap at less than fifty pesos each, then the ticket lady there asked if we would want a guide. We are the backpacker, adventurous, private people-type so we said no, and then we went off to trek. We first stopped at this quiet place near the lake (see bottom left photo) where we laid for about an hour just listening to the water streaming while birding.  After a while, people started coming so we decided to get back on our feet and continue our “journey”…

… which led us to a cave. We didn’t really go inside (it’s the Bat Cave and I have been there years back) but from where we stood, which was at this big rock near the bridge, the smell of bat droppings was at its best. Mmmm. Cafe aroma! Nomnom lol. There were a couple of families/barkadas swimming at the lake near the bat cave at that time so we just took a few photos then went on with our “trek”. We stopped again at this small cave-like thing, where we rested, sat, and talked about life for, maybe two hours. It’s like being on a semi-private cave with a great view of the forest that surrounds the Park.

It’s been months but what I distinctly remember is how we never really got hungry even after having spent hours walking (and bouldering) without having eaten anything. We just had this one bottle of Pulpy Maid to share. lol.

Goes to show that nature is just so very refreshing. 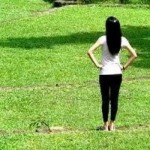 Hiking , Nature Travel
After months of waiting, the day finally arrived! Our friends were visiting from Portland, and they wanted to explore their favorite park, Pinnacles....

environment , Nature Travel
For nature lovers and for people who want a little time of peace (and relaxation), try visiting the Caleruega Retreat Center in Nasugbu, Batangas....

environment , green choice , Nature Travel
One way to commune with nature is to travel. Unlike most people, I started late when it comes to travelling. Not that I had...